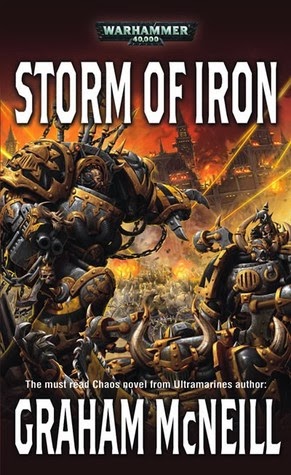 Another quick post, this time to record the fact that I've  finished another Black Library book.
This time was the STORM of IRON an Iron Warriors novel by Graham McNeill.
This was a recommendation that my buddy Estevao (The Painting Frog) made in one of our Podcast Episodes (Papo de Mesa Podcast).
It's about a siege set by the Iron Warriors into a remote Imperial station in the far corner of the universe. The citadel whose the Iron Warriors is trying to breach is defended by an IG castellan and his company and in conjunction with the God Machine's faithful servants, the Adeptus Mechanicus.
There are several plots occurring in parallel always centered around different characters, such as an Iron Warrior Half Bread, the IG Castellan, a not well behaved private, a Slave and her hatred for the Chaos, an Iron Warriors terminator leader and so on... and they are all stitched together very well as the history develops.
I believe it became a fast paced book on its second half which for me was good enough. It exploits a lot the characteristics that distinguish the Iron Warriors from other chapters. Brings several elements that enriches the overall knowledge about this chapter and Chaos ways of working in this fantastic and complex universe.
I'm a Good guys supporter and half way through the history I wasn't sure who I was supposed to cheer for.

My final note is that it was a great book to read. I recommend!

see you next time 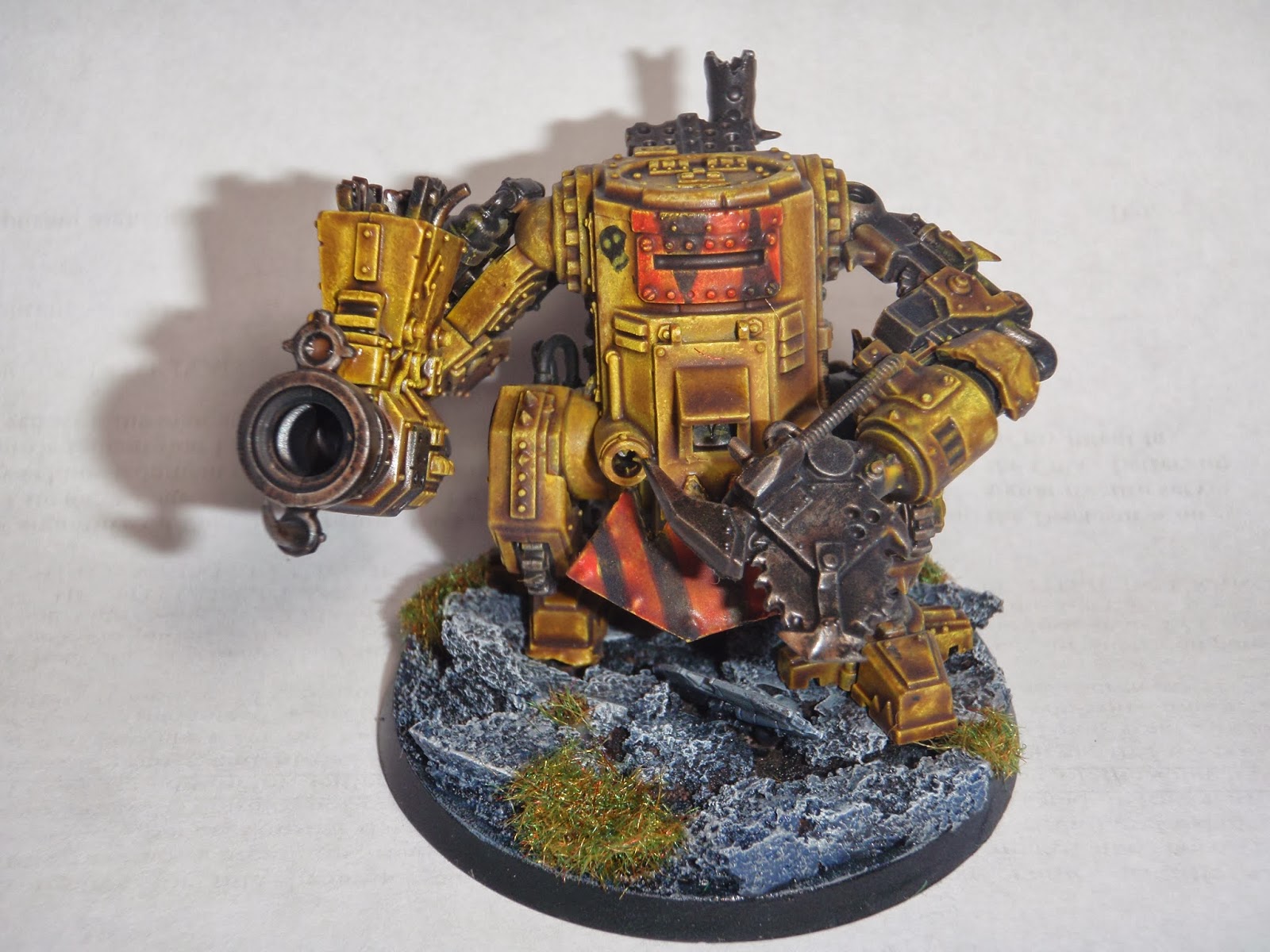 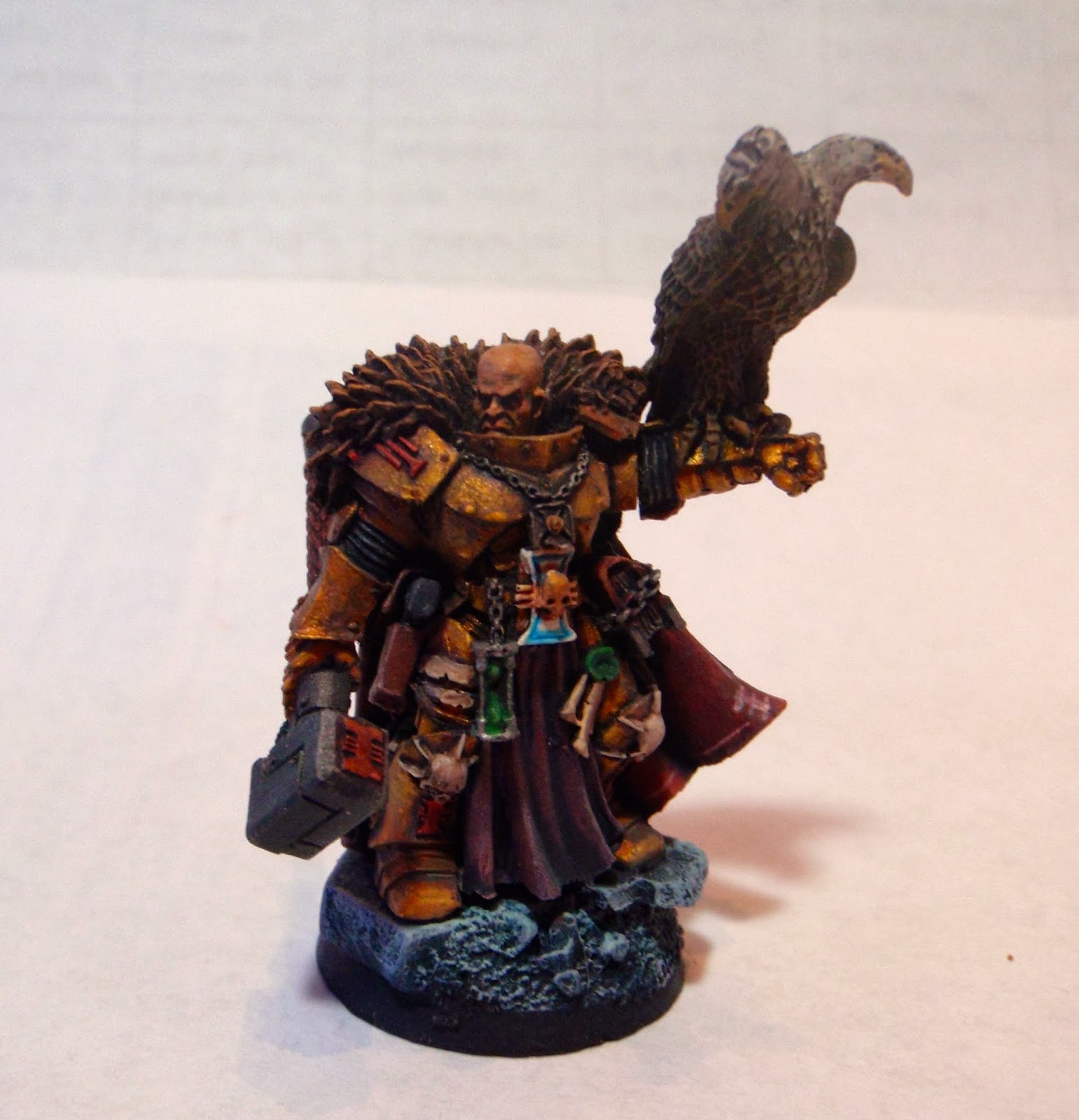 early last year I got myself an Inquisitor Coteaz from the Fine Cast line. I was a little disappointed with the quality of the material and some serious bubble had to be fixed before painting.
As I do with many of my projects...I've assembled, intending to be part of my Grey Knights army renovation but something else got on its way and was left on my WIP Tupperware.

Well Recently on my "finish all WIP" spree, I took it over and decided to work on it....oh...by the way it had some serious wash with the water that comes out of the painting cups I use while I'm painting as I let my daughter to "paint it" with me while I was doing something else.

The final result turned out fairly good with nothing remarkable to tell.

And BTW, don't forget to check the "Papo de Mesa Podcast". A show that me , my buddy Estevao from The Painting Frog and other guests talk about miniature and boardgames. (It's n portuguese though.) 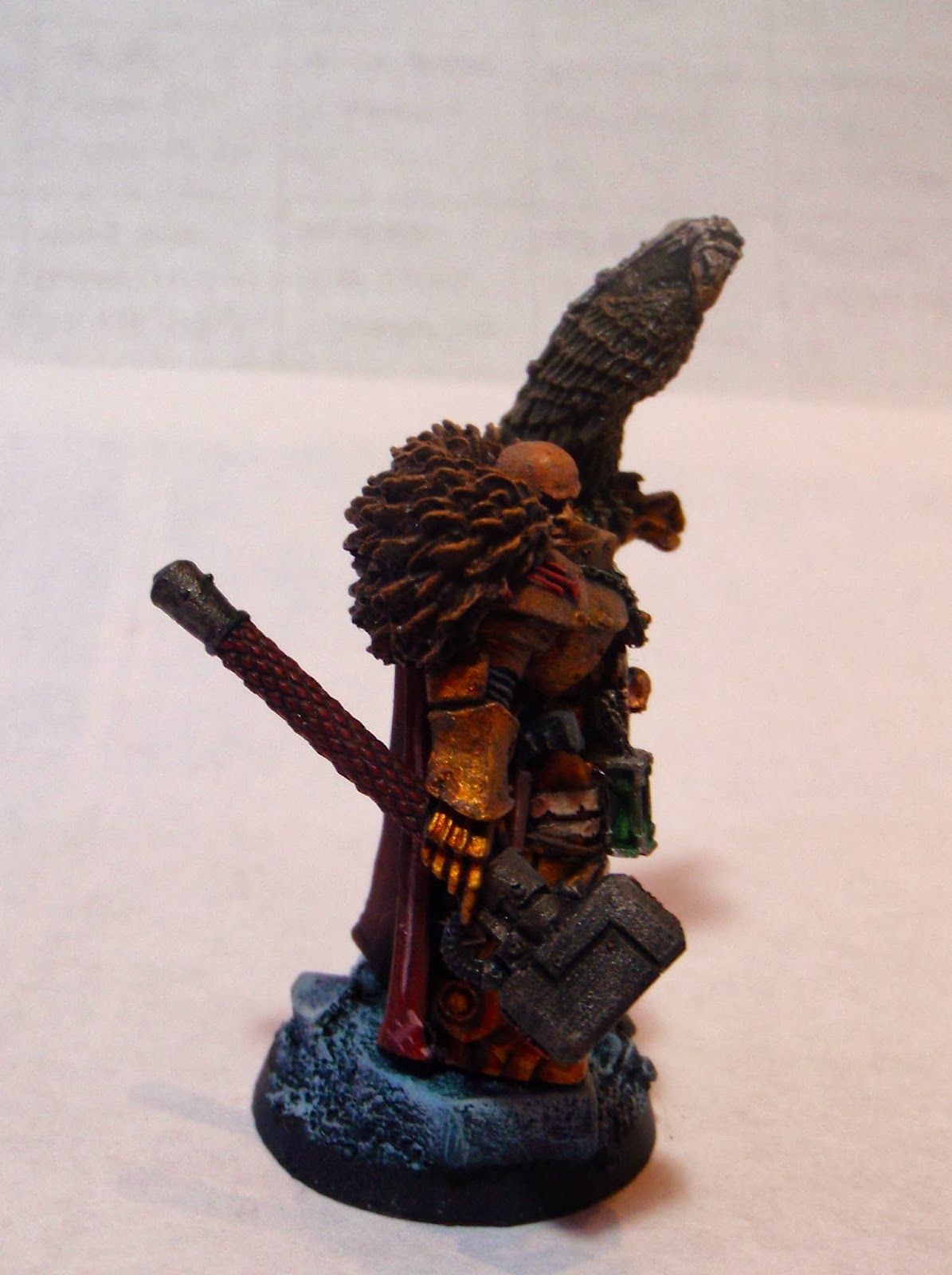 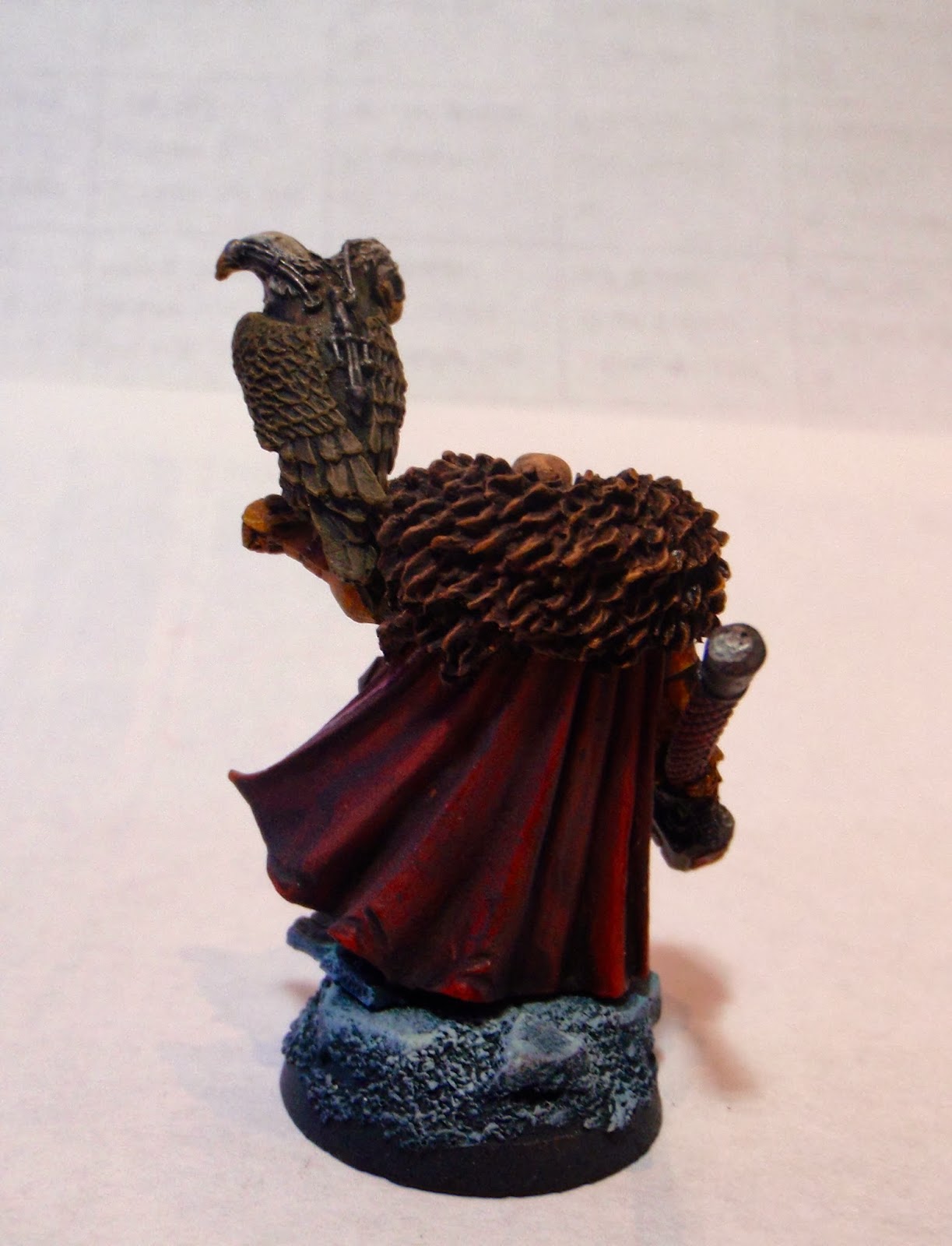 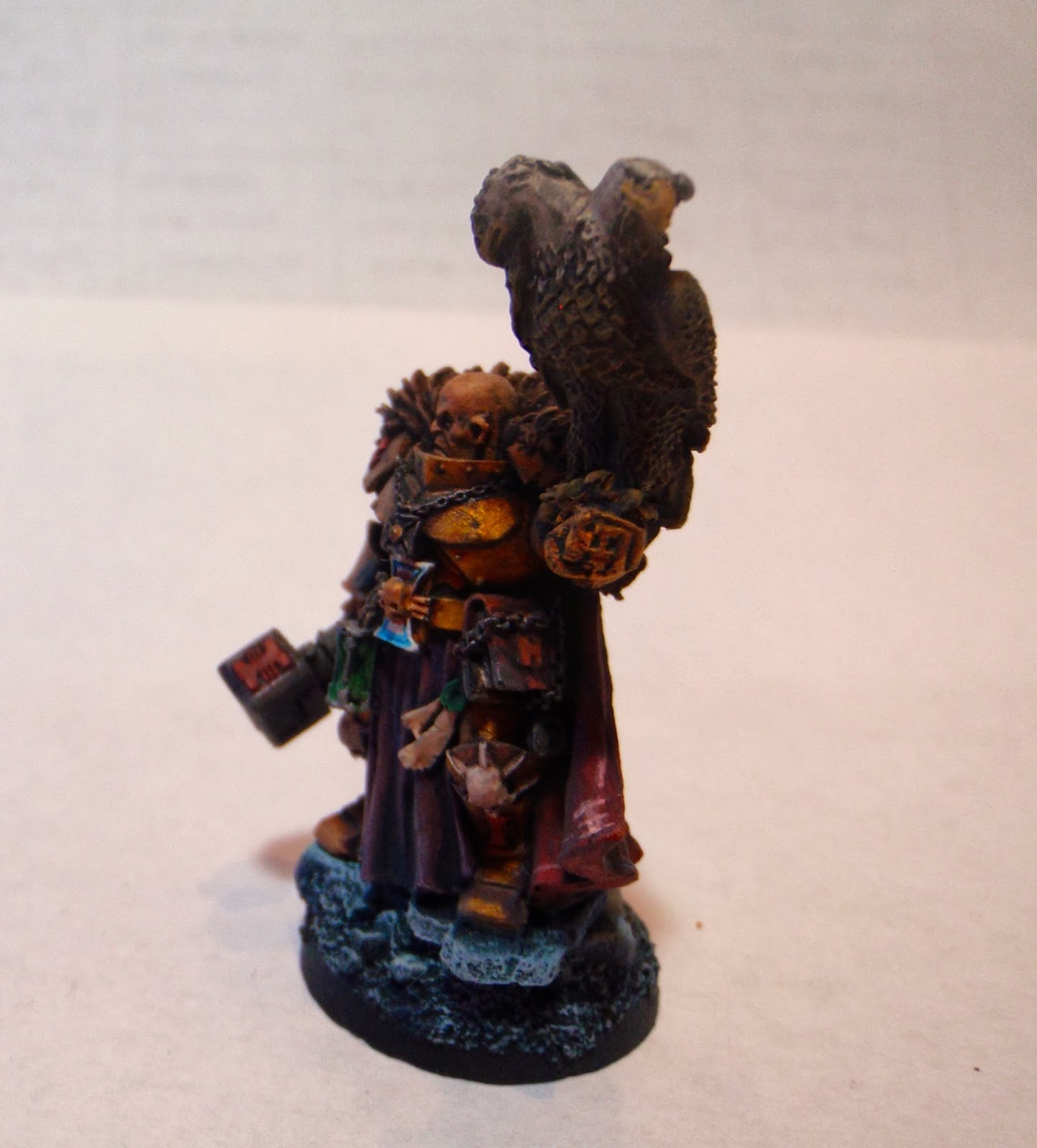